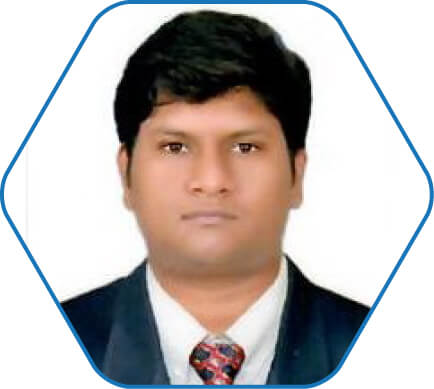 As Sub-Collector (Revenue)-cum-Electoral Registration Officer-X, spearheaded the Summary Revision of Electoral Roll exercise and worked tirelessly to achieve the targets within the deadline. For the exemplary work done, he was awarded “Best Electoral Practices Award” in January 2019 by the Government of Puducherry.

While holding additional charge as Executive Officer (Temples) orchestrated the Sanipeyarchi Festival 2017 in which the customary dharshan procedure was re-instated adding pilgrimage value to all devotees. This was followed by the Maha Kumbabhishegam to Lord Shree Dharbaranyeswara Swamy Temple and all its sub-temples in 2018 which saw incredible infrastructure boost to the pilgrim amenities. Launched online sevas, solved HR issues by rationalizing the manpower, transformed pilgrim service delivery and optimized the revenue resources of the devasthanam. The event was revered as one of the most elaborate divine experience in the district.

Recognising his distinguished service as Sub-Collector (Revenue), he was awarded the “Commendation Certificate” on Civil Services Day 2018 by the Government of Puducherry.

As District Collector, committed himself to the cause of water conservation in Karaikal district. Envisioned and metamorphosed “Nam Neer” Programme, meaning “Our Water”. Led from the front, created synergy through community intervention, influenced various stakeholders and micro-managed the programme from the Git-go. His relentless efforts saw fruition when Nam Neer exceeded all targets and accomplished the beyond-expected outcome of de-silting 178 ponds / tanks, 80.50 kms of major rivers/canals, 640 kms of minor canals and its branches and plantation of 24,700 tree saplings in shortest possible duration of 80 days. Nam Neer has been a revelation in 2019 with huge potential to contribute to the climate resilience of the district. The success story of Nam Neer has inspired other regions to adopt the practice. Recognising his persistent efforts in this realm, he was awarded “Certificate of Appreciation – Best Leadership Role” in the Annual Swachhata Awards, 2019 by the Hon’ble Lieutenant Governor of Puducherry. The work was acknowledged as one of the model works by the Shri Rajendra Singh, ‘The water man of India’ and Shri A. Vikranth Raja, IAS was awarded the Environment Protector Award on 15.01.2020 at a function held at Alwar, Rajasthan.

Shri A. Vikranth Raja, IAS was awarded the Certificate of Appreciation by the Hon’ble Lieutenant Governor for his performance in the Centralized Public Grievance Redress and Monitoring System on 26th January 2020. The award recognises outstanding work done in redressing public grievances.